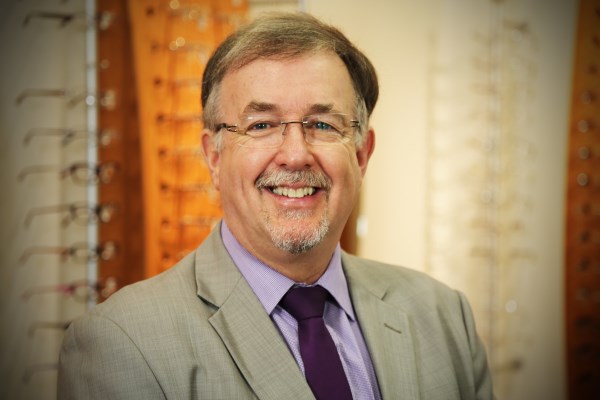 Apologies for this self-indulgent, brief journey through 44 years of being an optometrist.

In 1973 I joined a profession that had a high opinion of itself but little credibility with our colleagues in medicine. We could be prosecuted by the General Optical Council for having the audacity to put prices on our displayed spectacle frames and were not allowed to take credit cards in payment for services or goods. Window displays were frowned upon. We could examine eyes and identify the presence of a cataract but were not allowed to ‘diagnose’. This had to be left to a doctor (who will have had as little as 2 weeks studying eyes during their training).

In the 1970s the profession was very good at navel gazing but very poor at engaging with the wider professional community. We had high self-esteem but poor credibility.

Many ophthalmic opticians (OOs) were very good at determining refractive error and some were good clinicians, being competent with a direct ophthalmoscope, Bjerrum screen and Schiotz tonometer.

There were a few decent contact lens practitioners – although many opticians used the services of an itinerant colleague who would visit occasionally to deal with contact lens patients. This always caused problems when someone called in with a stuck lens or (commonly) an overwear reaction caused by the inability of the perspex hard lenses we used to allow any oxygen through to the cornea. This caused the cornea to swell, become cloudy and cause varying degrees of discomfort from irritation to outright pain. This was a real challenge when there was no one experienced available to remove the offending foreign body.

Enthusiasts like Bier, Hodd, Stone and Dunn were developing contact lenses made of rigid materials (usually forms of perspex) that varied in size from micro-corneal to haptic – which covered the whole of the exposed part of the eye. These were sometimes made by taking a mould of the front of the eye using dental impression material and then pressing a sheet of plastic over the mould to create a lens. I used to take these home and make them in my garage, grinding and polishing as required.

As part of my training as an OO, I had to make spectacle lenses from a block of glass; make spectacle frames from a sheet of acetate (or worse, nitrate – which had a tendency to burst into flames) and learn to solder broken metal frames and fit curled, springy wire sides to damage the ears of unsuspecting children.

I learned not just about lenses, but about the complex maths that made them work and what happens if you join them together to make telescopes. These calculations had to be done using log tables or a slide rule as computers were not generally available. There was one in the main university building that took up a suite of rooms, had special ventilation to dispel the heat it generated and had to be fed information on a stack of punched cards carrying details of Fortran – the IBM computer language of the time.

I used my first calculator in 1973 – an HP device I believe, which cost the equivalent of a week’s wages. This device, and its successors, would go on to change the world.

I was very fortunate to be appointed as research assistant to Janet Stone at the London Refraction Hospital (LRH) for my pre-registration year – after my University training and before finally qualifying.

Going to the LRH was one of my better decisions. I ended up staying there for 6 years and what I learned there set me on a path that has lasted all of my career, and many of the friendships formed have stayed with me until now – you know who you are. I had the best teachers possible in Janet Stone, John Francis and Ron Mallet amongst others.

I took my first retinal photographs there in 1973 on a Zeiss fundus camera the size of a barge. It used 35mm film and you got the results back once all the film had been used up and then sent off for processing. You finally saw the pictures possibly several weeks after they were taken. How different is the world of instant digital retinal 3D scans and wide angle laser photographs that we routinely use today.

During the 1970s, soft contact lenses began to become generally available, offering an alternative to rigid materials. The early soft lenses were crude – having poor bio-compatibility on the eye, being fragile, of variable quality and being difficult to keep clean and sterilise.

Special kettles were supplied to wearers to boil the lenses daily, which cooked the protein deposits and rendered the lenses even more brittle. From such beginnings developed the soft lenses we use today.

Rigid contact lenses have evolved. The current gas permeable materials are light years ahead of perspex, where it all started and some are used overnight to mould the cornea to improve vision – like orthodontics for the eye.

If you went to visit the optician in the 1970s, you would probably go to an independent business on the edge of town. There would be no window display – or a low key one. Frames might well be hidden in cupboards and you would only be shown what the optician though was suitable.

If it was your first visit, you would have to ask your GP for permission to have your eyes tested and he (probably a he) would give you a certificate to show the optician. The optician would then have to let your GP know the outcome of your ‘sight test’.

Varifocals were only just available, photochromic lenses were newly invented and most lenses were made of glass.

On the High Street, the optical chains grew, with many independent businesses being taken over or closing in the face of competition. The multiple businesses had a powerful voice and gradually the nature of opticians changed – becoming more visible and commercially minded. The progressive independents evolved and now offer a real alternative to the corporate eyecare sector.

Universal access to optical services was included within the NHS in 1948. Since then, access has variously been restricted to certain groups. Changes to NHS eligibility has been one factor in the way that opticians have evolved.

Arguably, the most rapid development and greatest innovation has occurred when the restrictions imposed by NHS contracts have been removed – for example, during the 1990s when most adults had their NHS entitlement removed for a number of years. There’s a message in there somewhere.

My daily routine of being a clinical optometrist at its core is still the same – and that is communicating well and empathically with by clients and colleagues. The technical side of the job is completely different with most of the measurement and analysis functions being undertaken by automated instruments and digital imaging. Paper records have long gone in favour of computerised management systems. The optometrist’s role now is to oversee, interpret and plan a management strategy. Dispensing optician colleagues look after the spectacle side of things and do things a whole lot better than I ever could.

Our work environment is driven by proven, modern business practices and we manage a client base specific to the service level we have chosen to provide. Our operation is systems-driven and a team culture working to our practice ‘Vision’ is at the heart of everything in the business. Each team member is engaged in everything we do. This language would have been totally alien and incomprehensible to the 20 something year old me.

Our team manages routine eyecare, contact lenses, runs dry eye and other clinics. We manage acute eyecare within the community and specialist practitioners are prescribing drugs and managing cases independently. This is a million miles away from where we were in 1973.

The eyecare service the public have access to today offers more choice, is more accessible, more efficient, better resourced and cheaper to run than ever before. So as I retire, what are the lessons to be learned for the future?

Government attempts to manage, for example, health and education show that coal face provision deteriorates and costs rise as increasing centralisation is attempted.  I see those same problems reflected across many centrally managed services – especially government departments; this is in direct contrast to the cultures those same organisations tell us we should deliver in our businesses.

Concurrently, I see the heroic and selfless work done by individuals delivering health care and education and other services at the coal face and wonder why we have not addressed the issue of managing these services properly – as the best of industry learned to years ago. Self-serving recruitment generating yet more administration and a culture of self-protectionism only serve to promulgate the problem.

Better services result from trusting and listening to people who have training and experience to do a job; managing, respecting and supporting them well; constantly reviewing and minimising the bureaucracy they have to manage. They know more about how to do their job than any desk jockey ever will.Rant over, I have to say that I have been extremely fortunate to have been able to self-determine the path of my career. I have worked doing a job I have loved and I have worked with fantastic teams of people in a variety of fulfilling roles.

Rant over, I have to say that I have been extremely fortunate to have been able to self-determine the path of my career. I have worked doing a job I have loved and I have worked with fantastic teams of people in a variety of fulfilling roles.

I have evolved from an ophthalmic optician into an optometrist and the profession has matured and is learning to work cooperatively in the wider community in which it functions. Long may that continue. I look forward to continuing using my experience in business consultancy.

As I retire from clinical practice I must pass on my sincere thanks to the (past and present) staff of Turners with whom it has been a pleasure and a privilege to work; also to the wonderful clients who have trusted their eyecare to us and have given us their custom.

Keep up with the latest news and offers